The Social Impacts Of Money Laundering

Without crime there would be no illicit funds generated to launder. The same relationship dynamic often occurs between victims and crime: to acquire the funds to launder in the first place, victimisation is often an implicit social consequence of criminal activity. Hence, the impact link between money laundering (ML) and society. The following analysis aims to explore ML’s link to organised crime, and the subsequent social effects both incur.

Money laundering is assumed to happen purely through financial institutions (Lilley, 2003). While this is usually needed to clean the funds for legitimate use, the bartering and trading of goods and services is a frequent (if not more popular) avenue utilised to generate and clean the illicit funds (Lilley, 2003).

This is all advantageous for criminal organisations as it provides opportunity for exploitation of low risk/high profit criminal endeavours (Fabre, 2003; Herrera, 2009).

Fabre (2003) states organised crime is the most effective and consistent way to generate and maintain the flow of illicit funds. Fabre (2003) continues that this is because within any organised crime that is committed, they exert coercive power over a population or territory with the sole objective of legitimately monetising the proceeds of often multiple criminal activities, and eliminating the competition (both illegal and legal rivals i.e. legitimate businesses or alternate crime syndicates).

The trading of goods and services is then crucial towards the effective functioning of organised crime, much like a legal business (UNODC, 2018). This has social effects, partly due to the victimisations it incurs, and partly due to the money that is subsequently laundered.

Socio-cultural disintegration is a phenomenon in which low-employment rates, an absence of government attention, unwarranted subsidising of the economy, and cultural animosity all create strain on the population, for which people turn to illegitimate means to alleviate (Fabre, 2003; Agnew, 2001). Organised crime will play on this to recruit labour and exploit hardship, which elicits an obvious social impact as the strain facilitates the creation of an illicit labour force – essentially organised crime (Fabre, 2003).

This also has the opposite effect by breaking down members’ ties to formal society, essentially perpetuating the continual disintegration of that individual’s socio-cultural norms and values. Victimisation then occurs both ways: on the victims of the crimes; and the subsequent disintegration of (new) criminals’ previous norms through persistent interaction with a criminal environment, and the generation of illicit proceeds which lessens the strain.

Evidence sets are proving that criminals are trafficking humans at an increasing rate as it is deemed to be a profitable venture (FATF, 2011). This has a major social impact, primarily on the victims of trafficking as not only have they been taken from comfort, but often implicit in this crime is subsequent integration into the illegal trade market, with sex trade identified as a profitable endeavor for crime syndicates (Lilley, 2003). Many victims are also provided goods by their offenders, which is then used to blackmail and maintain the power dynamic (another goods/service transaction) (Herrera, 2009).

Organised crime is the most likely source of human trafficking as the proceeds generated from this are extensive (between 32 and 34 billion US dollars per-annum from approximately 2.45 million persons exploited per year (FATF, 2011; Herrera, 2009)), almost all of which will need to be laundered into the legitimate system for future use. This then provides the resources to continue trafficking goods and services (in this case humans are the commodity) – an avenue which has become very profitable for organized crime (Herrera, 2009; FATF, 2011). Victimisation is then the clearest, and most destructive, social effect here as human trafficking is facilitating the uprooting and separation of families and communities.

Corruption regarding money laundering is first and foremost a systematic issue as throughout the money laundering process, the first step, referred to as ‘placement’ (which denotes the placing of laundered money into the legitimate system), is the most vulnerable stage for identification (Unger & Busuioc, 2007). Therefore, instances occur where the system is corrupted through third party failures (Unger & Busuioc, 2007), for example, accountants or lawyers purposely failing their due diligence obligations.

The social impact of this is the diminishing legitimacy of the government, especially if knowingly involved, as they are supposed to uphold the intrinsic values of their society (Fabre, 2003). It also has social implications on the market, as large countries can process a higher quantity of transactions, which allows for more frequent exploitation of loopholes which are detrimental to businesses, consumers, and the market (Lilley, 2003). Therefore, corruption strengthens the link between organised crime, politics, and society, impacting the very fabric of democracy and highlighting systemic inefficiencies.

There are only two industries which refer to their customers as users, one is technology, and the other is the illegal drugs trade” (Baxendale, 2019). The meaning behind this quote – that human attention is the commodity sought to exploit – is the exact business model that organised crime employs (UNODC, 2016). The selling of drugs, which is a consistently profitable business, subsequently has a huge impact on society given it perpetuates increased drug use. The United Nations Office on Drugs and Crime (UNODC) (2005) estimated the illicit drug trade is worth a retail value of $321 billion US dollars, which they state interferes with almost all levels of human security, such as health, and social and economic well-being (both state and individual).

Not only then do drugs compromise the fabric of society, but also the integrity of financial institutions. Fabre (2003) estimates that the money elicited annually through drug trafficking could generate, in a single decade, seven times its original worth in interest – providing more incentive for aforementioned institutional and/or political corruption. Given the Ministry of Health (2016) estimates the social costs and intervention costs of drug related harms is $1.8 billion NZ dollars, there is a clear social impact link between organized crime (who traffic and supply) and the victimisation of their ‘users’.

Unger and Busuioc (2007) state that calculating the effects of ML is a struggle given the subjective challenges each country incurs, and that criminals will create and exploit institutional loopholes relative to noticed risks. What this does is compromise the integrity of financial institutions and markets, such as emerging markets in countries integrating into the international financial system as loopholes create new subjective risks for those jurisdictions (McDowell, 2001). McDowell (2001) continues, explaining the undermining of legitimate private sectors is one of the “most serious microeconomic effects of ML” (p.7), as the ability to provide goods and services through ‘fronts’ (cash based businesses created to launder money discreetly) and subsidised prices, jeopardises the stability of the legitimate market, which leads to the undermining of certain markets and the loss of financial policy control.

Legitimate businesses are then squeezed out of markets (Lilley, 2003), which transfers economic monopoly to the crime syndicates, affecting the way, and what in fact, society consumes – essentially corrupting the basis of macroeconomics (McDowell, 2001). As ML generates an estimate of between 2 and 5% of the world’s gross domestic product (McDowell, 2001), the impact relationship between organised crime, ML, and society is clear as it affects the way in which consumers consume goods and services, therefore, dictating the direction of the economy.

It's a worldwide challenge

To conclude, Rueter (2005) explains that preventative money laundering mechanisms are not solely there to stem the flow of laundered money. While this is still a clear aim, the overarching goal of AML/CFT is to reduce the frequency of illicit activities which ensure growth within organised crime (Rueter, 2005). The aforementioned social effects are not then subjective to one country. The effects are a global combating challenge as laundered money (and implicitly the original crimes) flows through the majority of financial institutions worldwide (FATF, n.a). Effects such as social-disintegration, corruption, economic monopoly, and the trafficking of humans and drugs especially, therefore evoke clear victimisation, and the root cause is the activities perpetrated by organised crime syndicates to either generate their illicit funds, or to clean such funds. As a result, the possible social and political effects of money laundering, if left unfiltered, are serious (FATF, n.a), not just for the economy, but the people and fabric of society and democracy.

Having recently graduated with a Bachelor's Degree in Criminology, James was a part of ATTIC Research Institute's Intern programme. In the future, he is looking to delve into a career in policy following the completion of his Masters in Criminology. 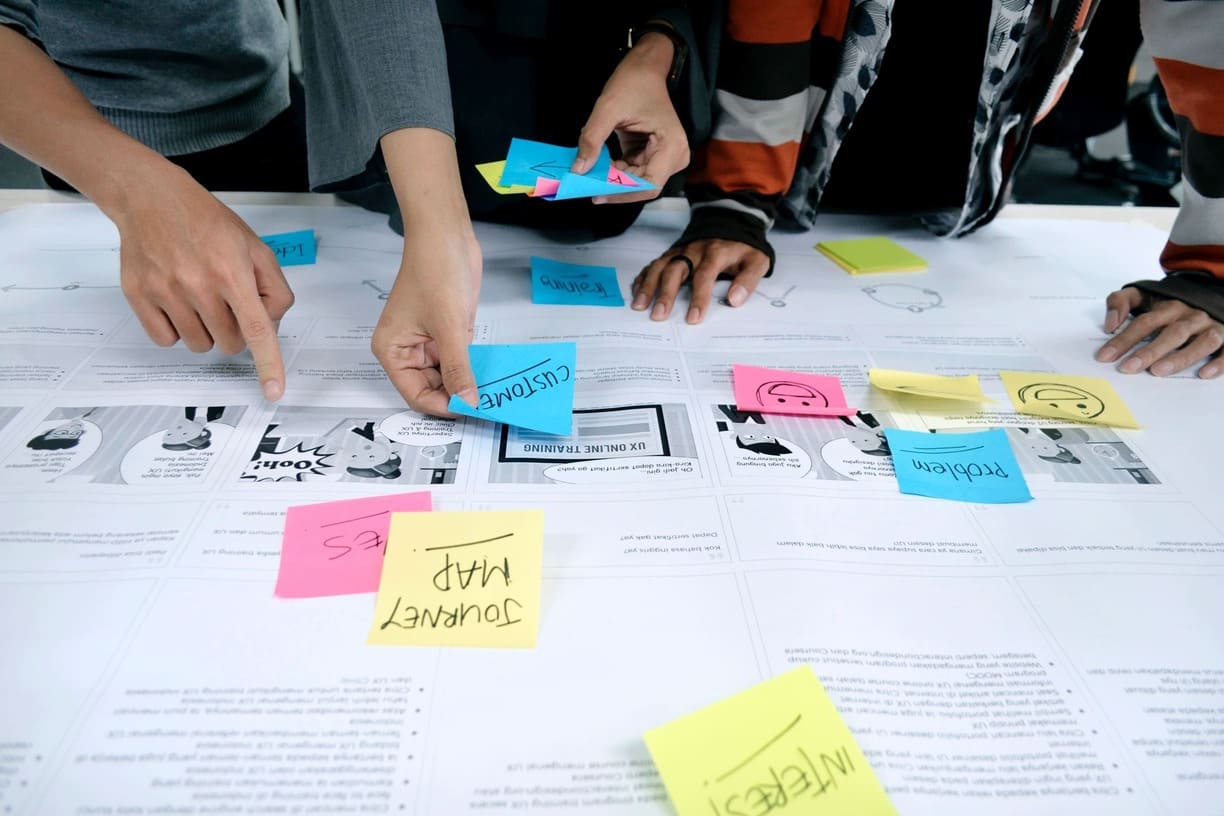 The Complete Guide To Understanding Customer Due Diligence 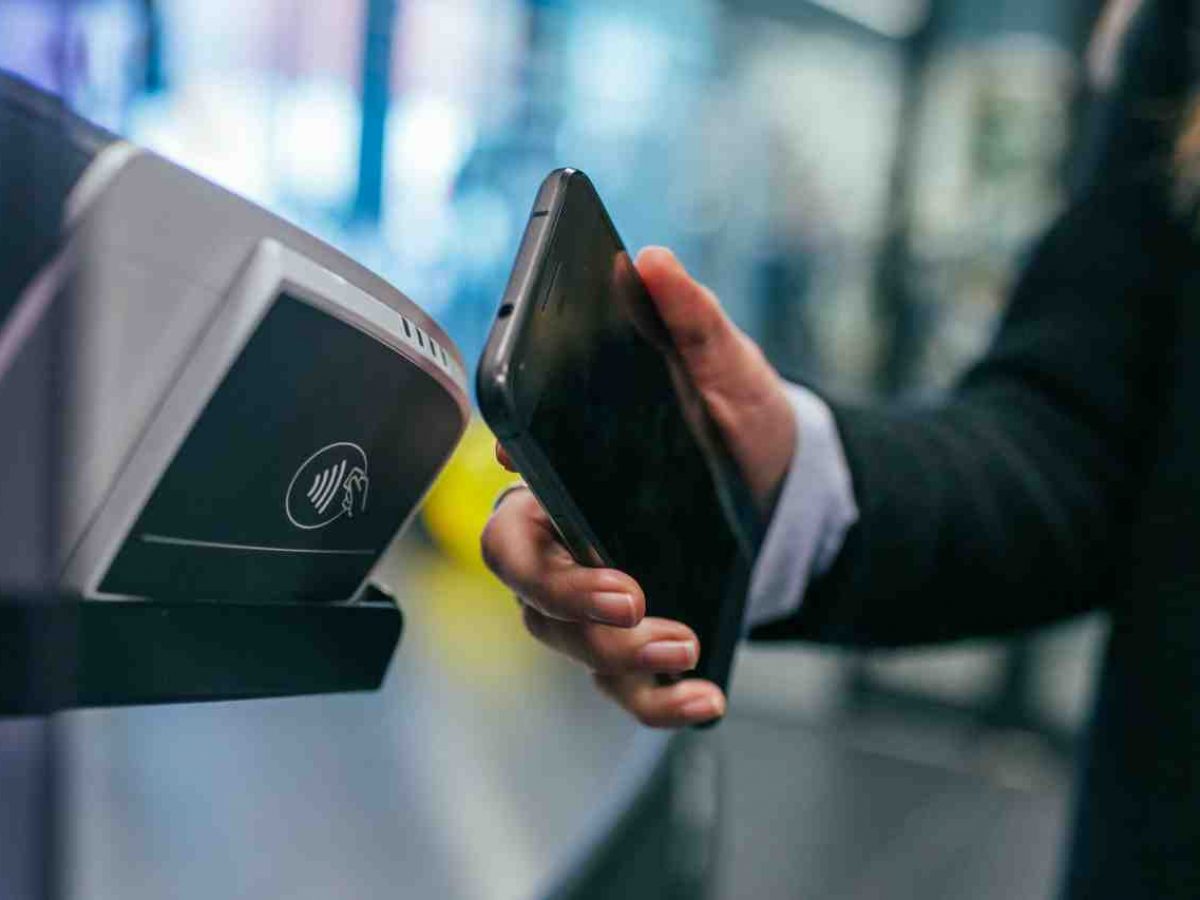 Get insights and news delivered to your inbox

We use cookies on our website to give you the most relevant experience by remembering your preferences across repeat visits. By clicking “Accept All”, you consent to the use of all the cookies. However, you may visit "Cookie Settings" to provide a controlled consent.
Cookie SettingsAccept All
Manage consent

This website uses cookies to improve your experience while you navigate through the website. Out of these, the cookies that are categorized as necessary are stored on your browser as they are essential for the working of basic functionalities of the website. We also use third-party cookies that help us analyze and understand how you use this website. These cookies will be stored in your browser only with your consent. You also have the option to opt-out of these cookies. But opting out of some of these cookies may affect your browsing experience.
Necessary Always Enabled
Necessary cookies are absolutely essential for the website to function properly. These cookies ensure basic functionalities and security features of the website, anonymously.
Functional
Functional cookies help to perform certain functionalities like sharing the content of the website on social media platforms, collect feedbacks, and other third-party features.
Performance
Performance cookies are used to understand and analyze the key performance indexes of the website which helps in delivering a better user experience for the visitors.
Analytics
Analytical cookies are used to understand how visitors interact with the website. These cookies help provide information on metrics the number of visitors, bounce rate, traffic source, etc.
Advertisement
Advertisement cookies are used to provide visitors with relevant ads and marketing campaigns. These cookies track visitors across websites and collect information to provide customized ads.
Others
Other uncategorized cookies are those that are being analyzed and have not been classified into a category as yet.
SAVE & ACCEPT

Get to Know Us

About Us
Our Team
Contact
Client login
Book a demo